The most adorable animal stories from the blizzard of 2016 As residents and cities still try to dig their way out of the blizzard of 2016, which dumped more than three feet of snow on parts of the East Coast last weekend (thanks to winter storm Jonas), heartwarming stories of animals have begun to emerge. Especially in times of crisis and hardship, it seems animals always find a way to crawl into our hearts and help us—either directly (see the story of some powerful horses below!) or indirectly, guiding us to finding our compassion or reminding us there are still reasons to smile in challenging times such as theses. Below, we’ve rounded up six of the most heartful and amazing animal stories from the blizzard of 2016, sure to warm your heart on a cold day:

Piglet saved from freezing in the snow

When Perry Smith noticed a shivering piglet on the side of the road, stuck in the growing piles of snow, he and his 13-year-old son rescued the little guy from certain death. The heroes then nursed him back to health with warm blankets and plenty of healthy snacks at their ski resort hotel room. Wee Wee thrived and has since been placed at an animal sanctuary in Washington State. Here, check out Wee Wee enjoying a banana from his hotel bathtub.

Horses help to plow the streets

When even snowplows aren’t enough, local citizens, including farmers, kind neighbors and even the Amish, pitched in to help clear the roads. In fact, someone took a photo of this Amish man and his two powerful horses working hard to plow the streets in Auburn, Kentucky—and the feel-good snap soon went viral. As reported in this News Democrat Leader article (which also features the photo), the Amish often help out their neighbors when there’s a big snow; one local citizen has even set up a GoFundMe page to help out the local Amish community.

Southampton mayor’s cat returns after getting lost in the blizzard

When animals get lost during a blizzard, we often prepare ourselves for the worst. But luckily for 13-year-old Lilly, a beautiful tuxedo cat belonging to Mayor Mark Epley of Southampton Village, New York, she miraculously made it home safe. The entire community came together via social media to help spread the word and offer support, but as reported in Southampton Patch, she came home safely on her own.

Being snowed in for days on end can be tough for us humans—but for our dogs, it’s just another excuse to play! After animal lovers took to Twitter and Instagram to share pics and videos of their dogs hopping and playing in the snow, Gothamist rounded up the best of the bunch. Click here to see puppies acting like “tiny buffalos,” making snow angels and just having a blast! Kathleen and I especially love this pic: what an impressive “snowdog”!

A quick-thinking Twitter user called @ltrayers captured this amazing video of four deer leaping through the snow-piled streets of Washington, D.C. What beautiful, elegant (and playful) creatures they are!

This dog is super excited to pull two little kids around in a sled through the piles of snow. Looks like fun!

Did you find yourself stuck in the blizzard of 2016? How did your animals help you pass the time?

Charlotte Jensen, an editor and writer in Indianapolis, is a regular contributor to the It’s a Heartful Life blog. 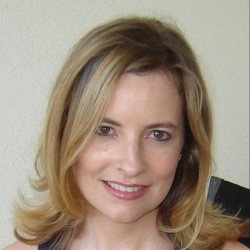 Signs your animal is depressed (and how to help)
The transformational power of walking your dog mindfully
5 mainstream myths about meditation, debunked